How do you vanish a spectator’s phone? Tim Ellis’ has the PERFECT solution to the problem that has plagued many parlor magicians. A utility prop that provides many comedic opportunities in using a borrowed phone, and a routine that includes a place for the phone to appear (in a nest of boxes, in a gift box, in a bottle, in a sealed can) are all feasible.

But how do you VANISH the phone? THAT is the hard part.

iDrop solves this problem in an hilarious way that is SURE to elicit a memorable response on stage. The effect is simple: you place a spectator’s phone in a protective, see-through mesh bag. While she holds the bag, the cell phone FALLS through an apparent hole in the bag, and smashes to pieces when it hits the ground. Of course, her actual phone is safe and hidden in a secret compartment in the bag. When you ditch this prop, you can use the opportunity to load the phone wherever and however you like.

iDrop comes with both the ingeniously gaffed bag that switches any borrowed phone for a decoy, and the break-away decoy phone itself. This phone mimics the size, weight and shape of all modern phones, including the iPhone. When it hits the ground, it breaks into what looks like many pieces. Actually, it’s just three pieces that are easily reassembled during reset.

This can be used as a gag–which is hilarious for social media or to prank your friends. But its true value is on stage, where you can momentarily convince an audience that a phone has been utterly destroyed right in front of their eyes…only to make it appear in the most unexpected place, fully restored.

You can order this online at VANISHING INC by clicking here or click BUY PRODUCT to have one posted to you within Australia direct from Tim Ellis. AU$60 includes postage and handling. (Selling elsewhere at AU$90 plus post)

Be the first to review “iDrop – Trick” Cancel reply 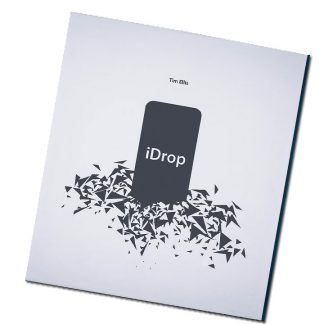